AIMP for PC and Android

AIMP is a great classic music player and provides all the features that you expect. Like you, I was getting fed up with being cattle herded by companies like Apple and Spotify as to how my music player should look. All the other various restrictions in place that try to keep me in their customer box and not use or combine other services were also bothering me. This prompted me to start looking at alternatives and I came across AIMP. Although this media player is 21 years old there have been updates and in conjunction with the plugins, skins and hotkeys available for Windows and Android I wanted to know more. 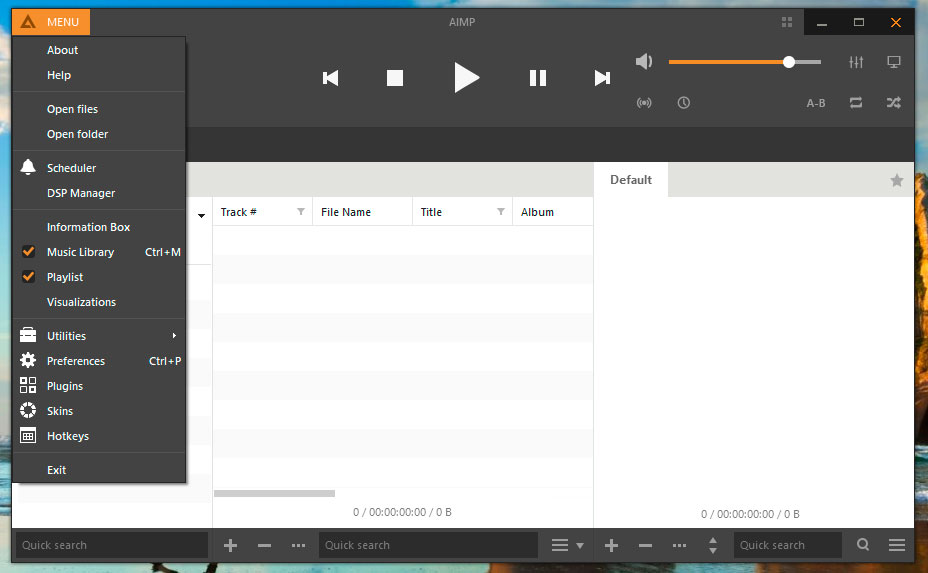 It also has credence on the awards stage, TechRadar editor Cat Ellis ranked AIMP4 in 2nd place of the best free music players of 2016. I wanted to see it in action for myself, so I downloaded AIMP for free and it was on my PC within minutes. I liked the fact that during the set up there were so many options for the language and with the easy to use run wizard I was ready to start customizing in under 5 minutes. As expected the interface menu has all the standard options to import your music files but I was really impressed with the options available in the preferences set up. From here I was able to use the “transform options” for playback, it allows for “channel mixing”, the smart conversion of multi-channel files to stereo and mono. I especially liked the “dither” settings which suppress distortion which appears when decreasing sampling depth. It was also great to see it includes “Anti clipping” to prevent the scratch effect and any noise when the signal jumps. Already I feel more in control and that’s just the beginning.

In the player set up, with the right plug in (which is free), I can search for song lyrics straight from the internet which is super-fast and is a great tool to use when I am experimenting with visualization. This is also where you can set up your “Hot Keys” for easy navigation to the equalizer, mixing options and volume normalization, all keys I use frequently. Having “Internet radio capture” which is able to capture and cache up to 60 seconds of internet radio streams into RAM makes a huge difference. It ensures seamless internet radio playback even when the internet is running slow due to other downloads running at the same time. The stream is also captured without transcoding for MP3/AAC/AAC+ which is a superb feature as it does away with having to use encoding cards. The initial “Music Library” set up covers the standard playback and user rating functions with file monitoring and it allows the combination of empty grouping levels wherever possible. Plugins and skins will allow you to make future adaptations to the player set up. 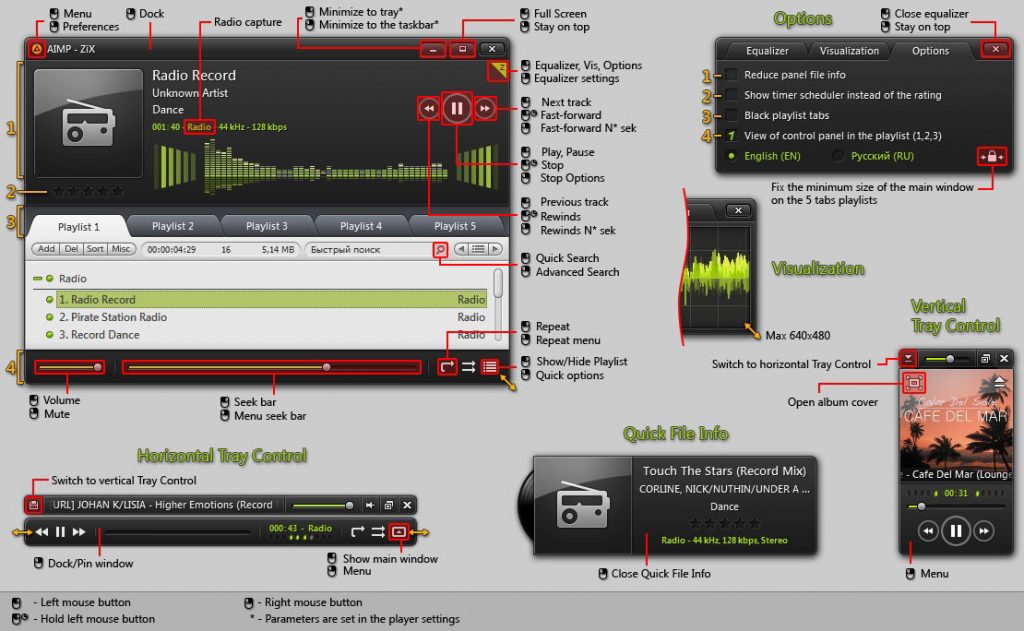 The playlist settings focus on appearance, file adding, sorting by template and of course the track list export. I can choose to see the switches and duration columns along with the expand buttons and second line info if these are features that work for me. The track list export can be done in HTML, Unicode, or ANSI so those limitations are removed giving me much greater freedom of choice. The menu is also there to manage the system connections for the internet, my file associations and tray. The tray provides easy navigation through the pinned “Hotkeys” and shows the playback status.

After setting up the basics the real fun begins with exploring all the Plug-ins and Skins to change the look of the interface and maximize what I can do with my music collection. Redesigning and customizing my AIMP media player is now as much a part of the fun of listening to the music as the music itself. I love the style of my media player because it’s my style! You don’t need to take my word for it, download AIMP today and see what it can do for you.